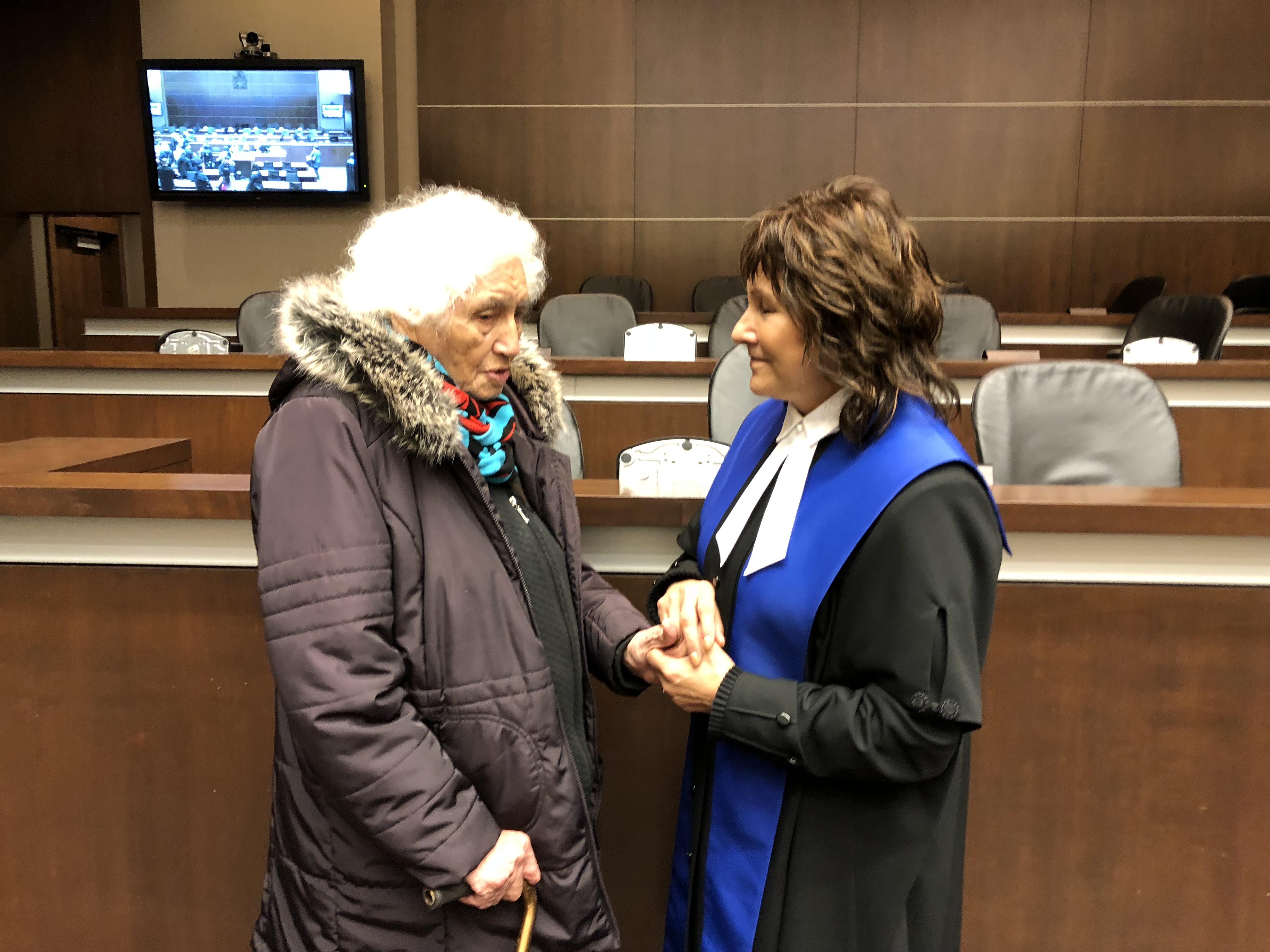 Elder Rose Potts congratulates Crowshoe on April 13 after she was appointed as Provincial Court judge. Photo by Lowa Beebe

Piikani woman becomes the First First Nations female to be sworn in as a judge of the Provincial Court of Alberta.

On Friday, April 13, Karen Crowshoe was sworn in as a judge for the Provincial Court surrounded by her husband, family, friends, former colleagues.

Crowshoe said she sees herself playing a role in any initiative that involves the judiciary moving toward a restorative and reconciliation court processes involving Indigenous people.

She also added that her appointment brings more diversity to the judicial system and she is confident that her legal background, experience and ties to her community will serve all albertans in a meaning full way.

The ceremony started with traditional knowledge keepers saying an opening prayer followed by an honour song for Crowshoe. Karen Crowshoe when she was sworn in as a Provincial Court Judge. Photo courtesy of Lowa Beebe

Terry Matchett, Chief Judge of the Provincial Court, administered two oaths to her in the presence of other members of the Judiciary.

Crowshoe said the ceremonial recognition during her appointment
to the Provincial Court is something she shares with her family, the Piikani Nation, and the rest of the Indigenous community.

Councillor Doane Crow Shoe said he's proud of her accomplishments as a
lawyer but to be appointed as a judge is remarkable.

"To have the first First Nation woman to be appointed as a judge really set the tone for other women across Canada," he added.

She worked at the law firm of Walsh Wilkins Creighton and practised there for thirteen years.

Her legal career focused on providing counsel for First Nation governments and agencies. While her community work has included serving as a youth mentor at schools and on a board overseeing youth and education initiatives.

Crowshoe hopes that her story inspires her people to complete their education and aspire to follow their dreams.