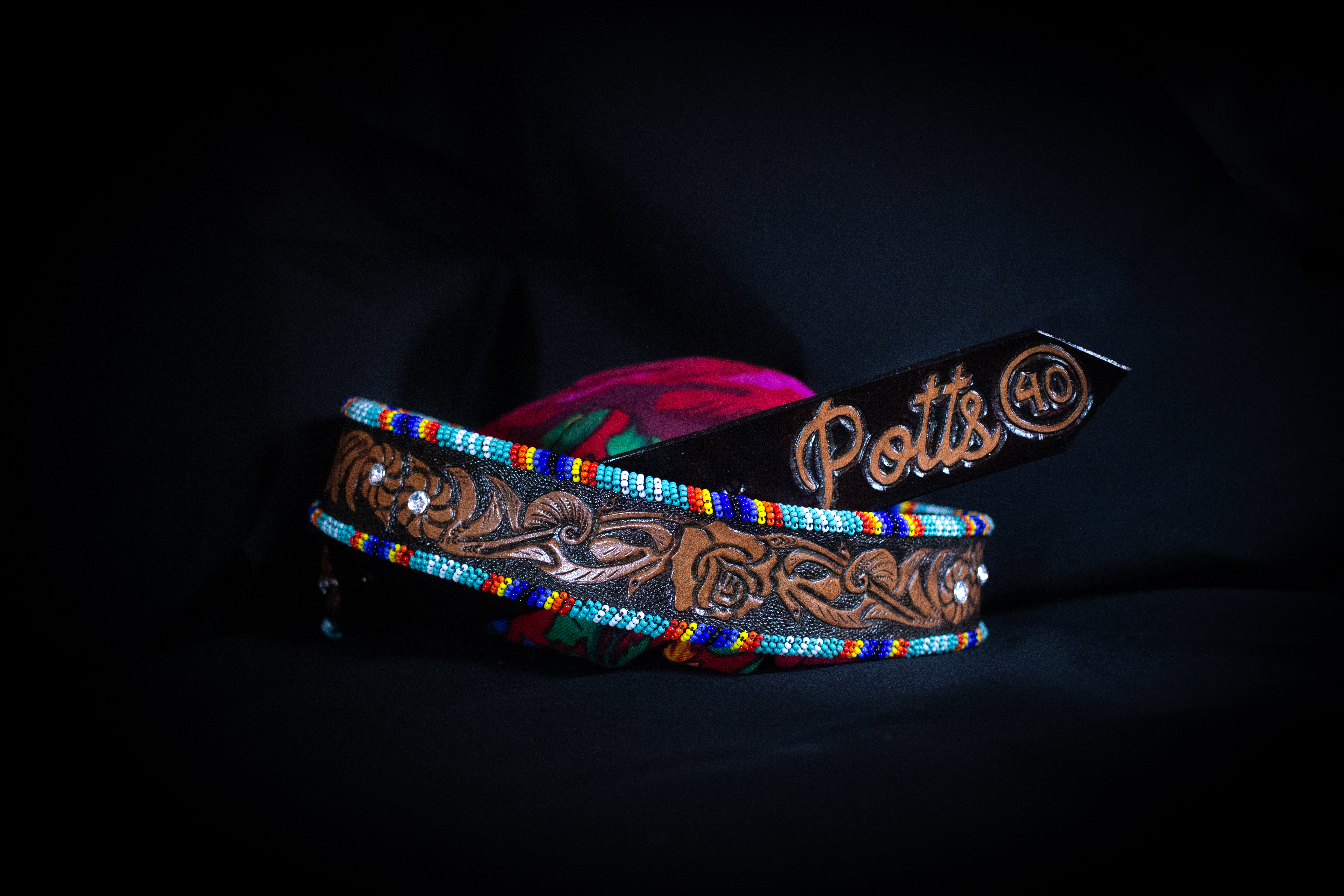 Hope Grier-Stewart has been carving leather since she was 13, after learning how to do carve from one of her high school teachers.

“He was instrumental in building my confidence and allowing me to learn as much as I could,” Grier said.

That includes western style belts, powwow dancing belts, and ceremonial belts that can be stitched with white thread or beaded with size 11 seed beads. “I measure the waist of the person and sit down with them and ask them what they would like incorporated into the design I draw for them,” she said.

A lot of Grier-Stewart’s designs follow floral designs because of their swirly shapes and how their leaves could blend together fluidly.

She also is mindful of the personality behind the person who is wearing the belts, and makes an effort to include their favourite colours, flowers and initials.

“I have also found great inspiration from traditional Blackfoot designs, I always try to put an indigenous twist to everything I make,” she added.

Grier-Stewart is currently finishing her last semester at the University of Calgary’s Bachelor of Social Work program.

She admits that the work she does can become heavy at times and uses leather carving as self-care routine.

“I use it to help alleviate the tough things I have to deal with in my practicum placement. It allows me to be able to express my creativity and have something that people are proud to wear,” she said.

Grier- Stewart is only carving belts, however she wants to expand her craft to wallets, horse gear, tooled chaps, with hopes to eventually carve saddles.

Although she said her future goal for 44 Leather Brand is to teach other people how to carve leather belts.

"I have recently been asked to teach 6 students how to make a belt of their own; so I am extremely excited for that," She said,

You can find Grier- Stewart’s belts at 44 Brand Leather on Instagram. 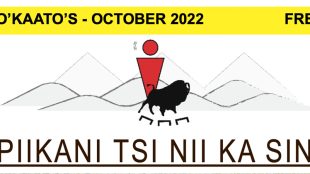