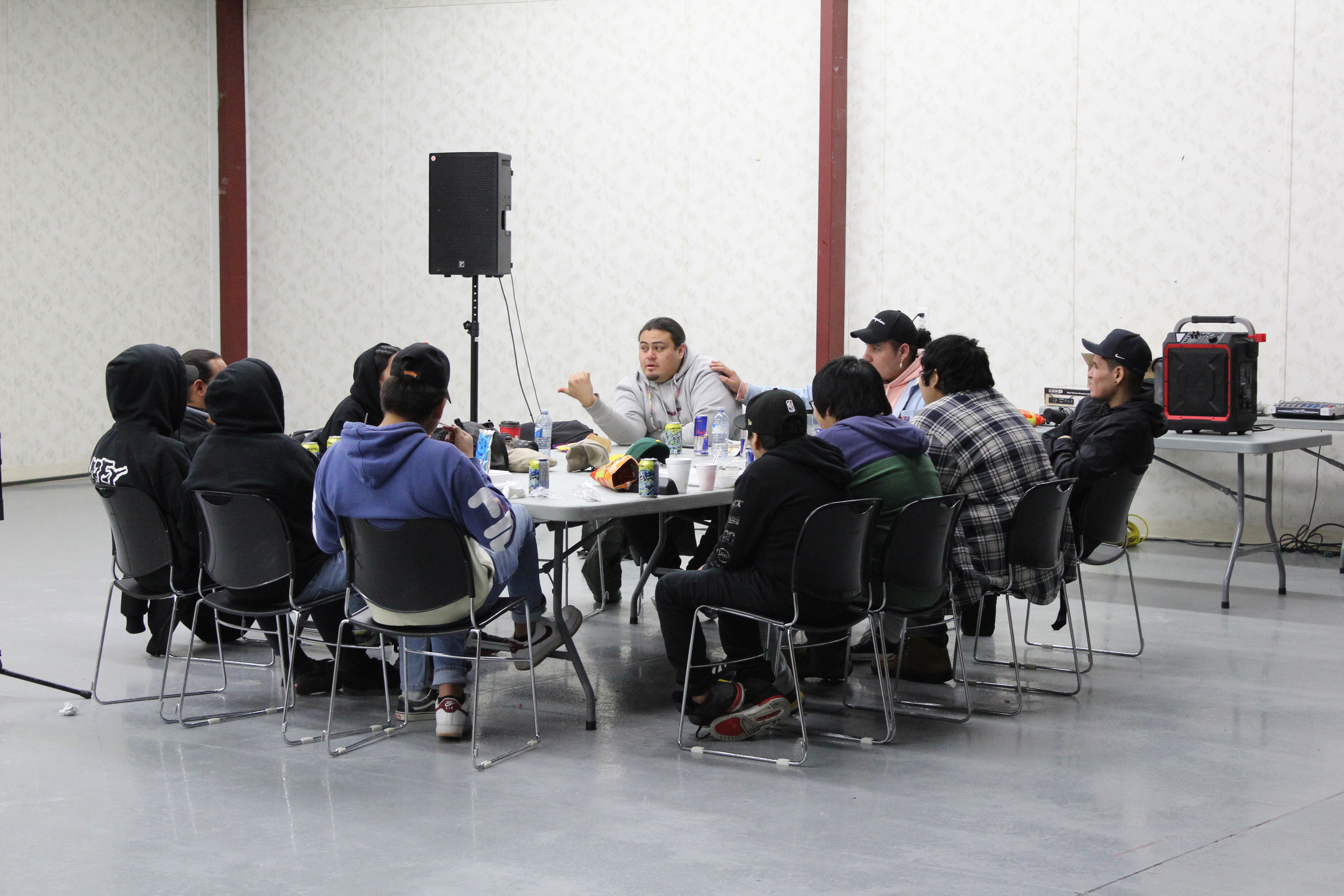 Antoine Edwards Jr and Nataanii Means brought their workshop to Piikani as a way to channel youth to express themselves through music.

The pair travels across North America to bring their Empowering identity through music and storytellingworkshops to First Nation youth.

Joelle Weasel Bear, Community Youth Outreach Worker, was happy to see so many youths take part in the workshop.

“This kind of workshop we rarely see in our community, but I know there had to be some interest in song making or music production,” she said.

Even though the workshop’s goal was to introduce the youth to music production, the pair spent a lot of time sharing their own stories and talking about the challenges that many Indigenous youth face around the country.

“They shared their own experiences of mental health and their struggles but also how they overcame and what helps them,” Weasel Bear said.

Means and Edwards put a lot of their focus on encouraging the youth to embrace their identity and show pride in where they grew up.

She believes this made the group eager to write their own lyrics.

That pride showed when the youth wrote the hook for their song which included the line "We don't play no games in Piikani."

“Some of the youth were even excited and practicing their lyrics at home after the first day,” Weasel Bear said.

During that time, they also got to take what they learned and incorporate that into a song, and eventually into a music video.

“It was a great two days and we’re honored to be able to do this work. These kids were amazing,” Means said in a Facebook post following the workshop.

Weasel Bear is always looking for new creative workshops to host for the youth in the community, however she can say the pair have expressed interest in returning to Piikani.