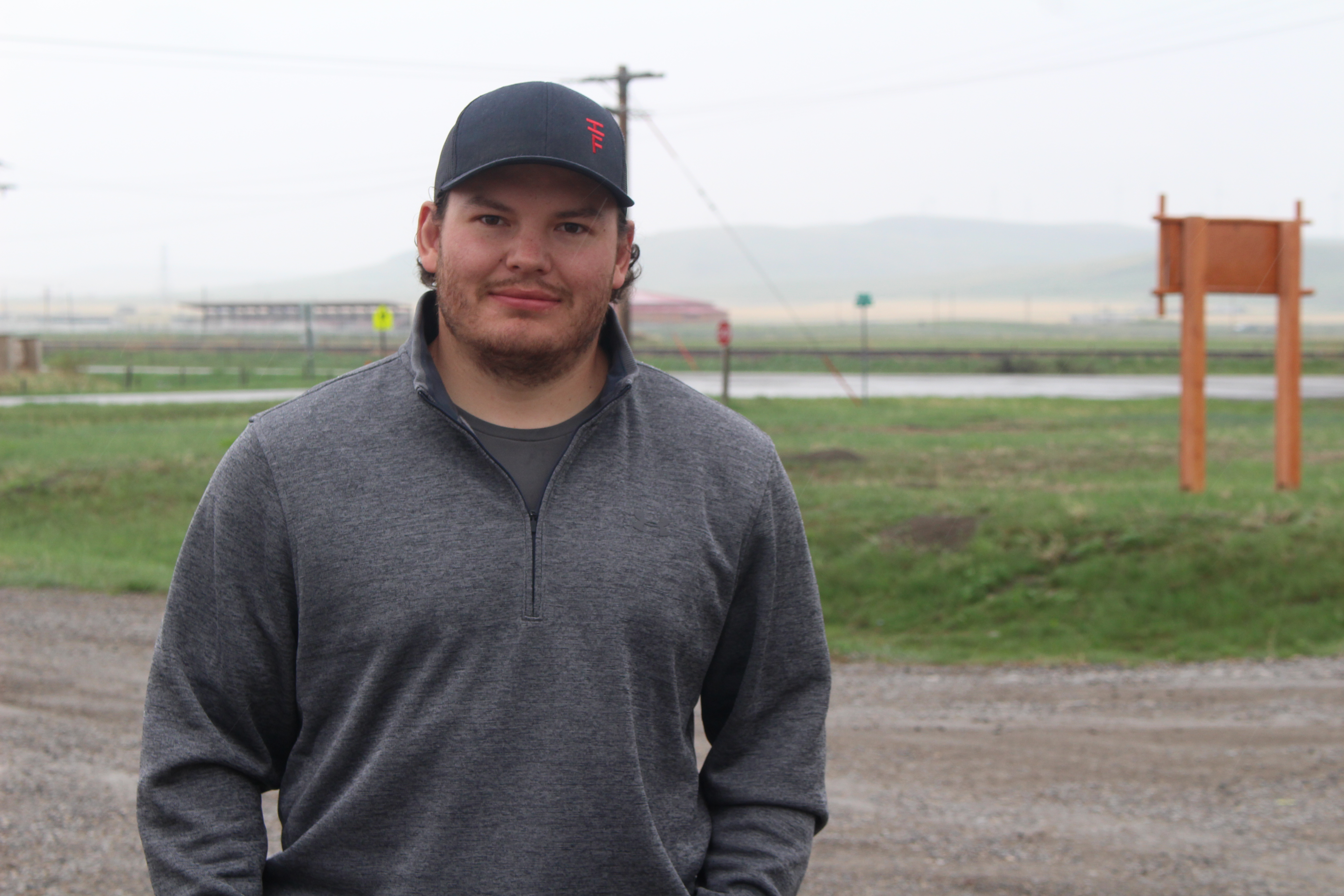 Colton Yellow Horn during his visit home on May 19. Photo by Tawnya Plain Eagle

For eight months out of the year, Colton Yellow Horns, 31, spends his time in Europe playing hockey for the Austria Hockey League.

During the other four months, Yellow Horn returns to his southern Alberta ranch to spend needed time with friends and family.

“It’s nice to have him home because we don’t get a chance to see him,” said Marg Yellow Horn, Colton's mother.

Growing up in the prairies, Colton admits the prairies are the one thing he misses the most while he is away.

"I don't like living in the city, I have a small apartment over there and I just miss the country life," said Colton.

When he is home, he likes to spend that time on the ranch riding his horses.

Although that also includes helping his father around the house.

"When I'm home though, It is not a time to relax, I'm constantly helping my father and going to the gym to stay fit," Colton said. “It’s a little overwhelming, sometimes it's more relaxing when I am actually playing hockey,” he added.

He recently signed with the Graz 99ers at the end of April after playing one season with the Orli Znojmo.

“It’s a different culture over there, it’s really laid back and no one is in a rush all the time,” Colton said.

He said the game focuses more on your skills rather than speed and body checking, which according to Colton it is better on the body.

Colton has been playing overseas consistently since the 2013/14 hockey season.

However,  he doesn’t stay with one team for a very long.

He said this gives him the opportunity to see new cities constantly.

“I think that is probably why I still play because of the new adventures I get to go on overseas,” He added.

For his mother, she is very proud of his accomplishments.

“I’m proud that he stuck with it and did what he always said he was going to do,” Marg said.

Although she added that she does cherish the time her son is home.

"We just facetime so it is nice to actually see him,” she added.

“If people want to see me, I usually invite them over for a barbeque or something,” he said.

However, Colton likes to travel, which is perfect for his annual guys trip with his friends he grew up with.

“Every year we all get together and go to the same place for three days and hang out, It’s great,” Colton said.

According to Colton, many of his friends are starting to get married and have children.

That is something Colton sees for himself in the future.

That includes moving back to Alberta and creating a lifestyle that was similar to the one he had growing up.

Although he wants to give back to his own community and start hockey camps that can help children have the same opportunities he had.

As for right now, his plans are to continue playing hockey in Austria until he feels it’s the right time to retire.