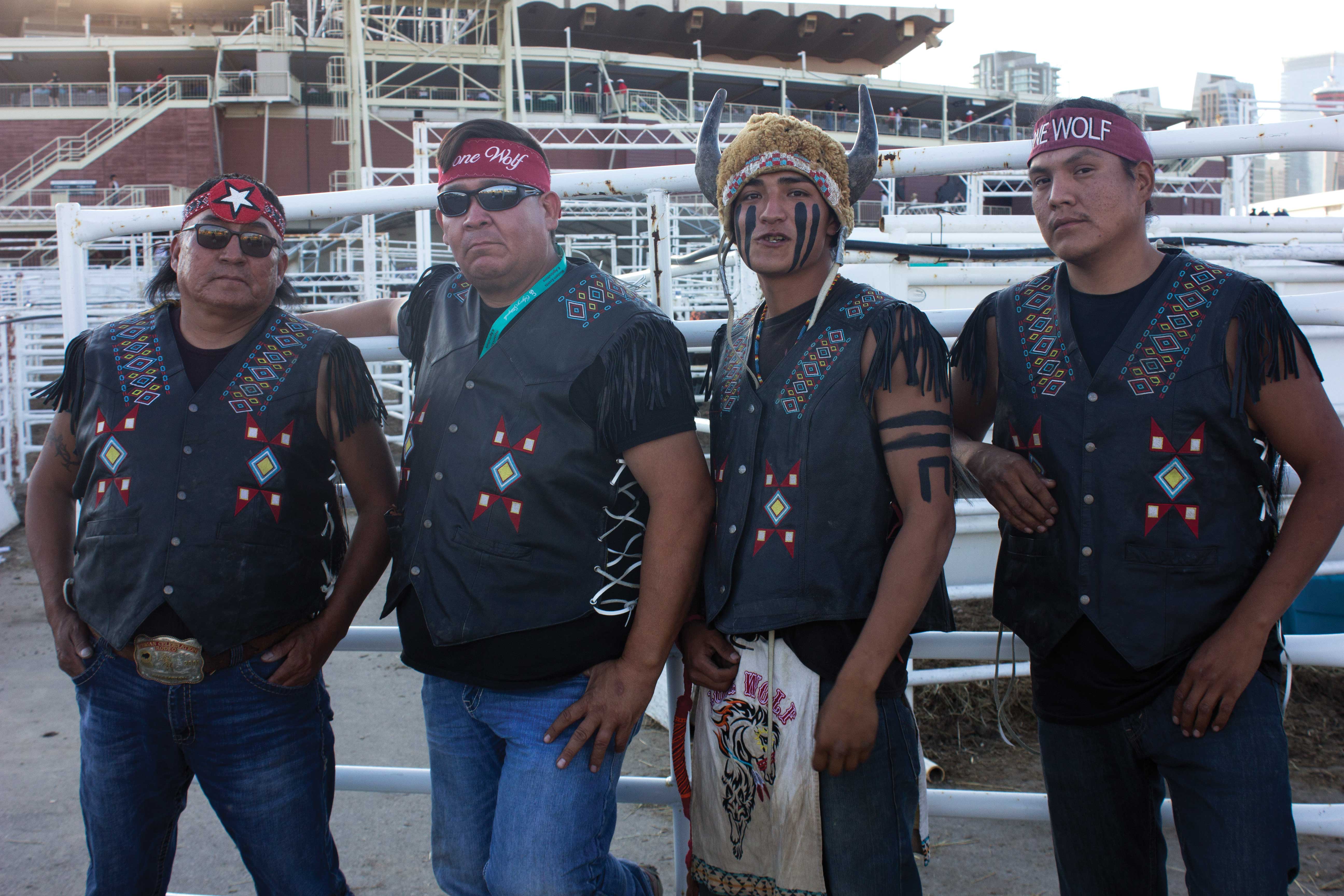 Lone Wolf at the Calgary Stampede on July 12. Photo by Tawnya Plain Eagle

Lone Wolf places fourth for the final night of the Indian Relay Races at the Greatest Outdoor Show on Earth.

This is the teams second year in a row attending the races at The Calgary Stampede.

Neil Strikes With a Gun, who is the back holder for Lone Wolf, is overwhelmed by the excitement the races have received from the crowd.

“It’s a great atmosphere to be showcased with our culture and being able to put it out there to the Non-Natives that don’t know anything about this,” Strikes With A Gun said.

Organizer Tyrone Potts helped bring the relay races to the Stampede both years.

“Last year we were exposed to Canada in a big way and I think we opened up a lot of eyes at the Calgary Stampede,” He said.

The first year the races were at stampede there were only four teams, while the second year we got to see an additional team added.

He expects that the Indian Relay will only grow to become a bigger sport at The Calgary Stampede. Aaron Good Rider preparing for the final race at the Calgary Stampede on July 12. Photo by Tawnya Plain Eagle.

According to Strikes With a Gun, he said his team has had a few fumbles at the beginning of the week but went into the last race mentally prepared to race.

You can catch Lone Wolf this weekend in Browning Montana along with Myles Murray from Young Money.