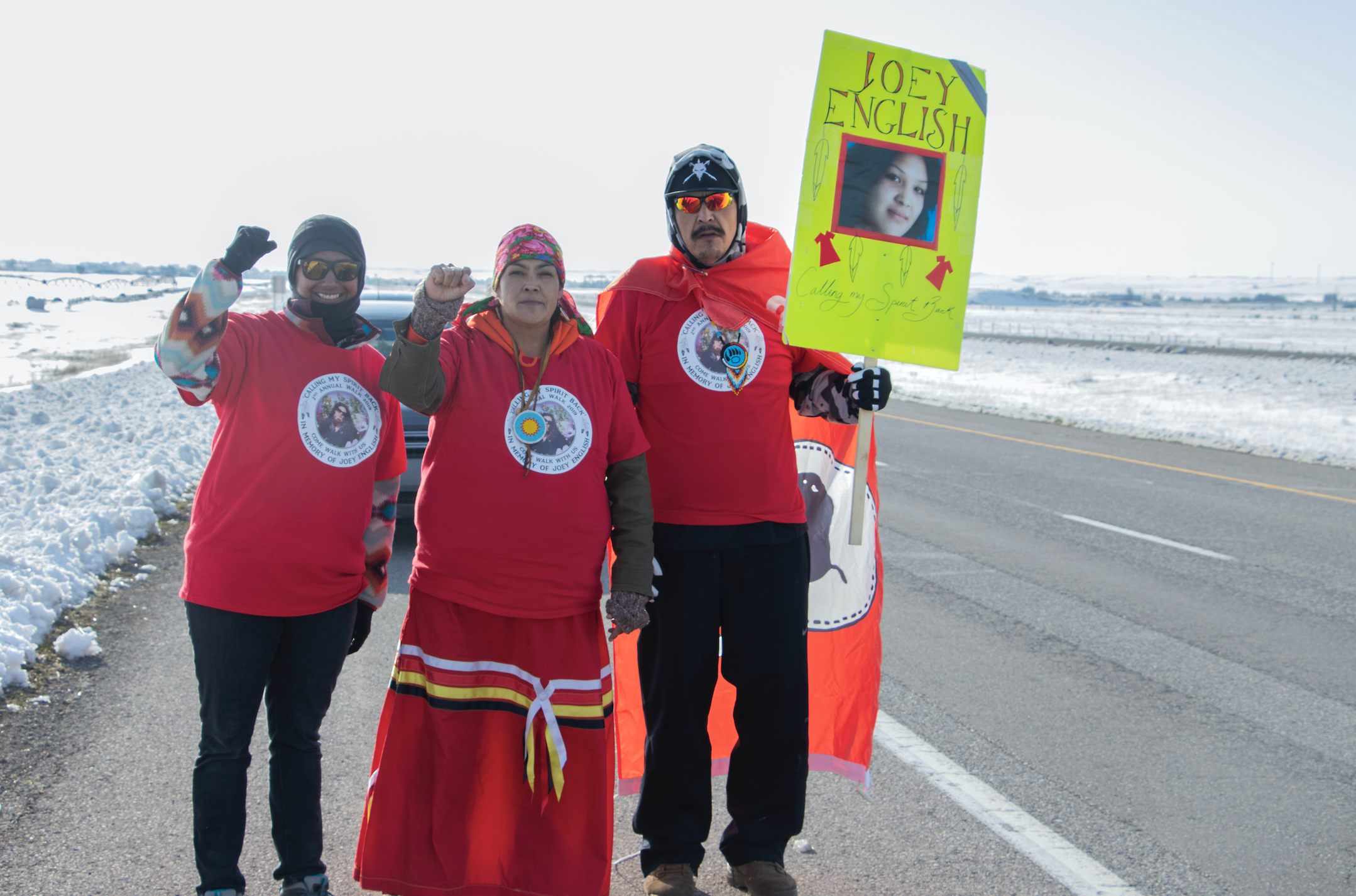 Arlene, Stephanie, and Rick as they began their journey from Piikani Nation to Calgary. Photo by Tawnya Plain Eagle.

Mother and activists of the Missing and Murdered Indigenous Women and girl’s movement began her walk from the Piikani Nation to Calgary for second year in a row.

It's her second year in a row walking to Calgary,  however this year, she is walking with pride.

“Healing is a process, you just got to get out there and start loving ourselves and loving our ways,” English said.

English departed from her grandmother’s residence on the early morning hours of Oct 2 to embark on a two day walk to join the annual Sisters in spirit march that takes place at Olympic Plaza in Calgary on Oct 4.

English will be stopping in Nanton tonight and will continue her journey to Calgary tomorrow morning.

In 2018 Stephanie English walked from the eastern end of Piikani Nation to downtown Calgary to join the annual sisters in spirit rally.

This was a goal that English and her two daughters set for themselves.

Now she walks this journey alone.

“We had dreams that we made a commitment too,” English said.

She suddenly lost her daughter Alison to suicide in 2015, a year later her daughter Joey’s body was found dismembered and scattered across Calgary.

Cross the country, many Indigenous women and girls have been murdered and going missing in the last few decades.

English expressed the idea behind her walk was to let the public know that Indigenous people are still going missing and the numbers are rising.