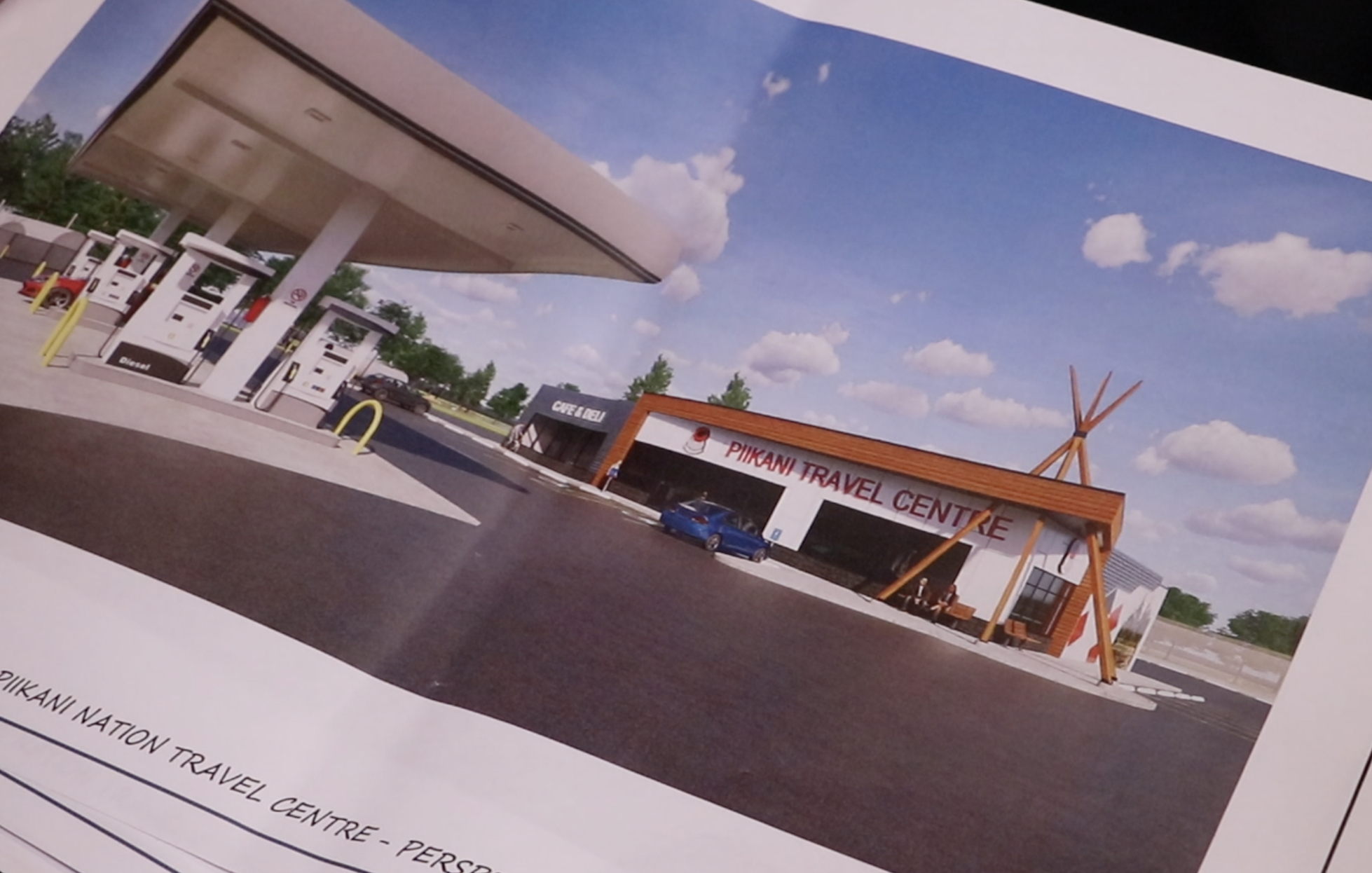 Piikani Nation Leadership select fuel service for the new travel centre, which will open for customers this fall.

According to Chief Stan Grier the fuel supplier for the travel centre will be Centex.

“They have the most amount of stations on first nation lands and territories,” Grier said.

Centex has over 100 stations throughout British Columbia, Alberta, Saskatchewan, Manitoba and Ontario.

The type of fuel customer will be receiving will vary from day to day.

“We did our analysis and we feel the net benefit that we negotiated as a fuel supplier is the best we can get for our people,” Grier adds.

Grier feels the travel centre will capitalize on the 4 million vehicles that pass through Piikani on a yearly basis.

The grand opening of the centre was originally set to open during the august long weekend, to coincide with the Piikani Nation Celebrations.

Due to the COVID-19 pandemic the construction was delayed, along with the Piikani Nation Celebrations.

An official date will be released closer to opening day.