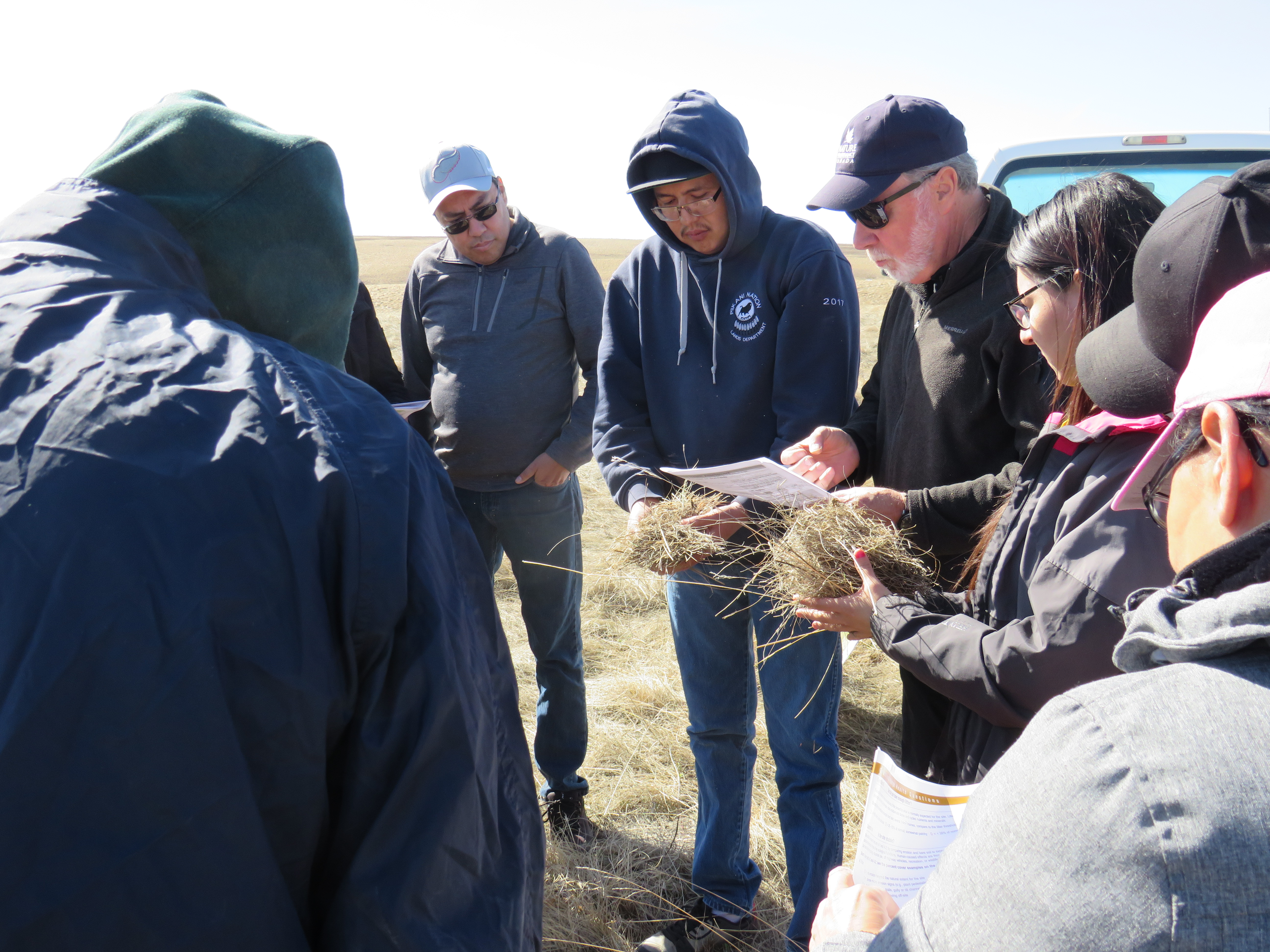 The workshop was set up to demonstrate and educate owners on the importance of healthy grasslands.

This follows the success of the “Maunsell” claim last year.

Where numerous grazing lands were severely overgrazed in the early 1900’s.

According to Traci North Peigan, Lands Administration Technician, their mandate was to provide, update and confirm the grazing lands are in healthy condition for all grazing purposes.

“Chief and Council indicated the importance of educating our own people and taking care of our own lands as we needed to set an example,”  said North Peigan.

The process began in May of 2017 under the authority and direction of the Chief & Council.

“Although it was our first go-round of workshops, staff were successful with the process,” North Peigan said.

She added that the many nation members are now aware of the value of managing and maintaining pastures for future use.

“We look forward to moving in the direction of completely educating everyone that has such rights to these pastures as well as introducing the workshops to Livestock holders who have cattle operations on the Piikani Nation,” She added.

The workshops are expected to continue and held seasonally for land occupants who wish to attend.