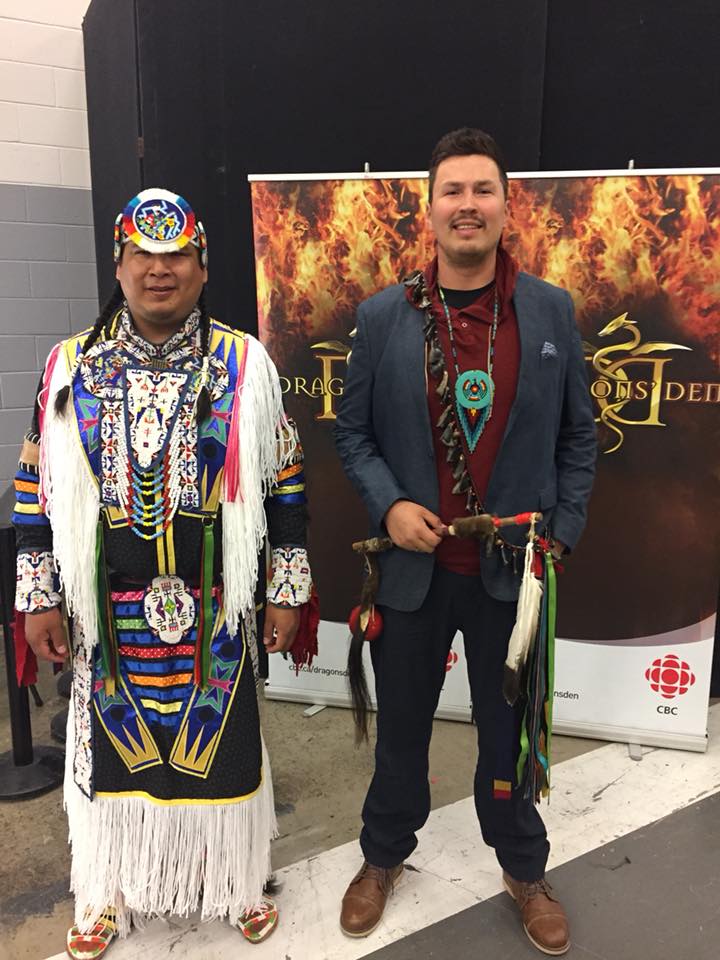 Riel Houle on the set of Dragons' Den May 14. Photo Courtesy of Riel Houle.

Local business owner embarked on a two-day drive to Toronto for a shot to be on CBC’s Dragons’ Den.

Riel Houle is the founder of Pale Horse Tipi Camp, a camp which offers a two-night stay for tourists and visitors to experience the traditional Blackfoot culture.

On May 14, Houle was on set of Dragons’ Den where he put up a 10 ft. tipi for his business pitch.

Houle is hoping Dragons' Den can assist him with his marketing strategies and this opportunity can help him prepare for the 2019 tourist season.

“There is a little bit of anticipation there, I’m feeling pretty confident though, I’ve done my research and understand the market,” Houle said.

One of his goals is to reach out to international markets in hopes that he can bring tourists from different parts of the world to the camp. Pale Horse Tipi Camp is located on the east side of the Piikani Nation in southern Alberta. Photo Courtesy of Riel Houle.

Pale Horse Tipi Camp has been open to the public for the past four summers.

During those times the camp has had one consistent contract that brings people in every summer, aside from schools and charity groups that stop by.

“We’ve had quite a bit of people at camp over the years, it is a quite a fun experience,” he said.

During the two-night stay, visitors go on medicine hikes, explore the Head Smashed in Buffalo Jump, as well as an overnight sleep in a tipi.

Houle is having two camps this summer, one at the end of June while the other will be hosted in July.

You can catch season 13 of Dragons’ Den this fall on CBC.