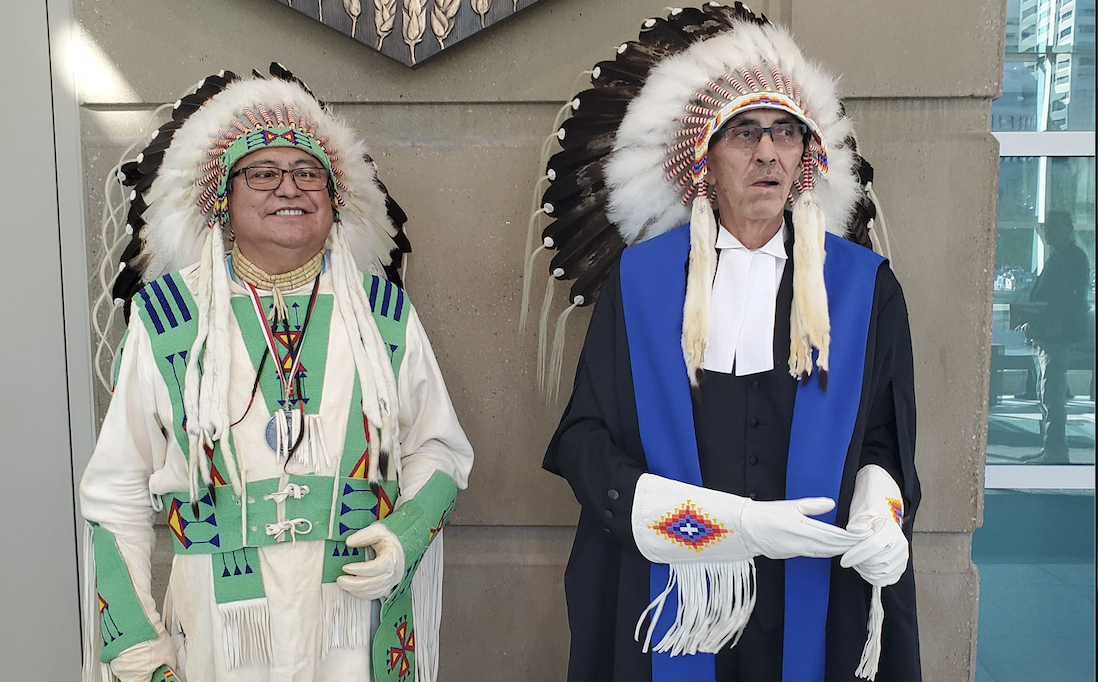 A new Calgary Indigenous Court opened on Sept 4. 2019 as part of the Truth and Reconciliation 94 calls to action.

The Calgary Indigenous Court will take place inside Courtroom 1800, a space designed with Indigenous culture and traditions in mind. They all sit at the same level, in a circle.

Elder Leonard Bastien was a part of the opening ceremony for the courtroom and says this particular way of court looks at the individual in a holistic way.

“The individual that is being tried is provided services in regard to rehabilitation, such as counselling.” Bastien said.

He adds that this support service is built to look after the individual and allow them the space to deal with any mental illness they may suffer from.

However, this doesn’t mean they’re getting their charge waved, it just allows them to access proper healing services after the charge has been dealt with.

“I feel good about it, it is something that help move us forward,” he adds.

According to Bastien the Alberta Court System and fellow judges are all on board with this new system.

Even though there are other organizations that offer similar support system, Bastien feels this is a game changer for Indigenous people because it is being supported by the Alberta Ministry of Justice.

Planning for the Calgary Indigenous Courtroom began over a year ago with the help of Judge Eugene Creighton, Judge Karen Crowshoe, as well as other judges and elders.

“There was a lot of judges, and elders that were at the table that helped bring this forward.” Bastien said.

The individual going through the system whether that is Blackfoot, Cree or from any other tribe will be giving proper healing mechanisms and trained professionals, based on their own traditional values and beliefs.

Each individual that goes through will be assess by an professional criminal phycologists that will determine the amount and type of support that will be offered.

"you look at human behaviour and how a person acts shows up, it is always based on something that occurred in their life, whether that be a place of pain, that [may] have created this behaviour," he said.

Bastien adds that this support sayer won't lesson the crime, it helps them after they re-enter society.