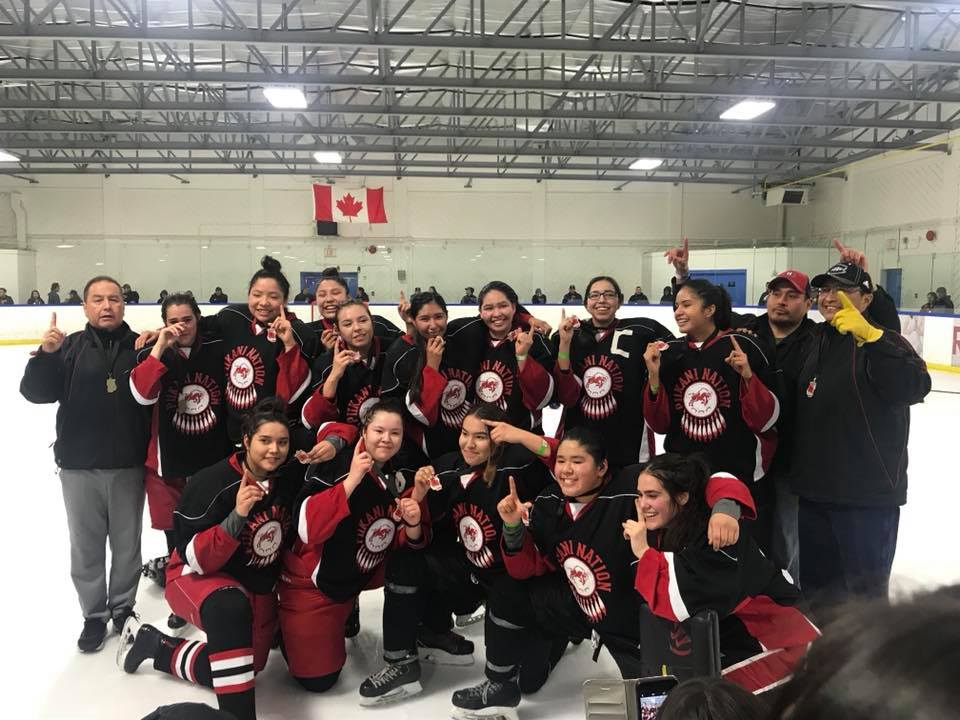 On April 8 the Piikani Lady Warriors played against the Piikani Snipers in the bear league championship game where they won 4-2.

During the Alberta Hockey Treaty Tournament, the Lady Warriors played strong in their championship game against Alexander on April 14th.

Throughout the tournaments the Lady Warriors played competitively, winning three out of their six round-robin games in Edmonton.

Chase Wells-Creighton had the most goals scored in the provincial tournament bringing her to a total of seven points.

For more details and final scores go to www.albertanativehockey.com