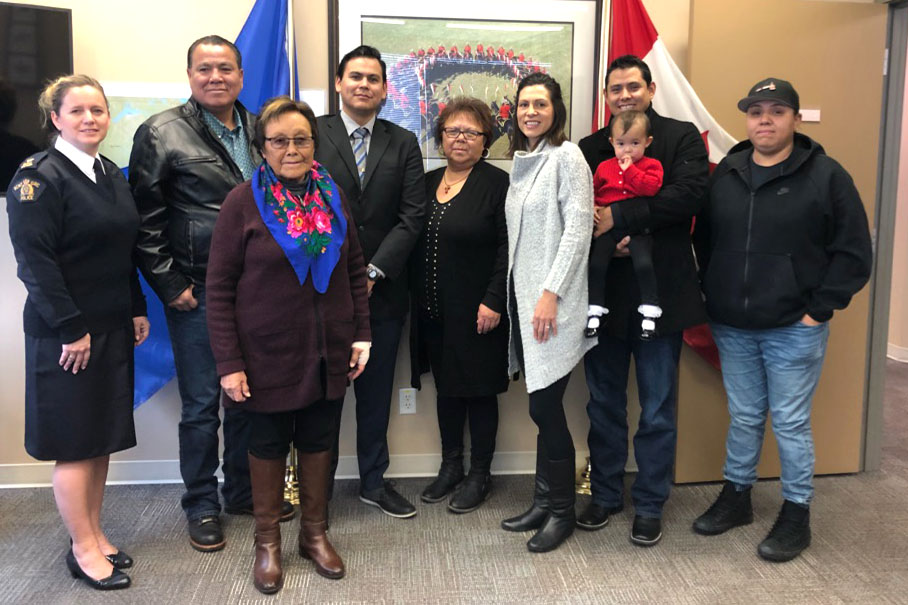 Const. Lawrence Jackson and his family after he was sworn in as a regular member of the RCMP on Nov. 28. Photo Courtesy of Stg. Stephanie Ward.

Constable Lawrence Jackson was officially sworn in on November 28, 2019 as a regular member of the RCMP.

After completing a required training to become a regular member of the RCMP, Const. Jackson was transferred to the Ponoka RCMP Detachment.

“Being able to work as a regular member in this organization opens a lot more doors for me,” he said.

Jackson served in the Piikani Nation RCMP Detachment under the Aboriginal Special Constable program since 2011.

The program allowed Jackson to become a police officer while still maintaining a presence within the community.

“Our main mandate was to be community focused, we needed to engage in the community and be present at different community events,” Jackson said.

Jackson wanted to be a police officer after watching his grandpa and auntie work in the police force as special constables for the nation.

Once he began working in in the community as a special constable, Jackson felt very fortunate to begin his career in his home community.

“It was an opportunity to really get to know people in the community, it’s a nice feeling,” Jackson said.

“Like anyone who moves away from home, it does get lonely, I will miss home” he added.

Now that he is no longer referred to as a special member, he gets to focus to on things that are more of his interests.

“I’d like to do more investigation work, or putting more time and effort into special projects,” he said.

He is looking forward to personal growth in his role as a police officer, he hopes to obtain more leadership roles and will continue to move forward toward his goals.

“It’s a good career, every day is a bit different.” 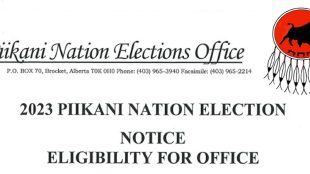