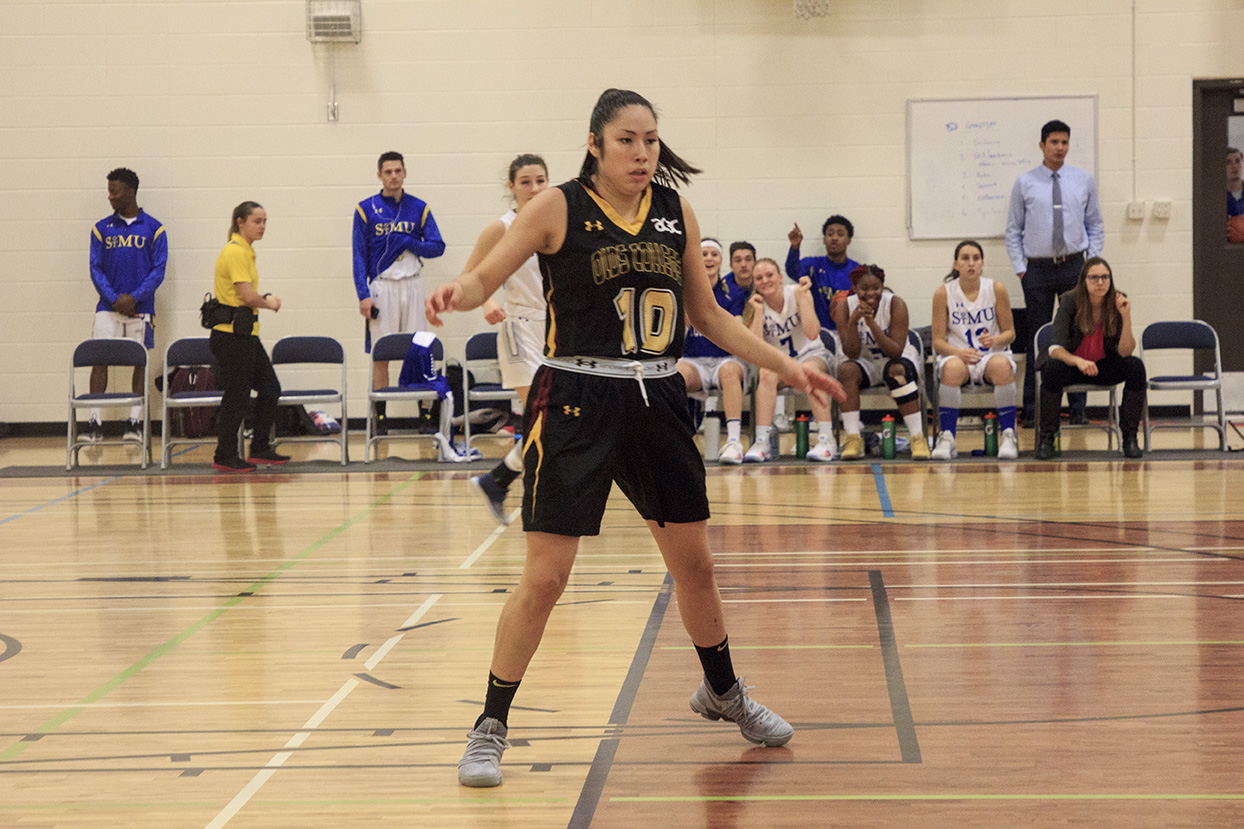 Piikani youth takes the number one spot in Defensive Rebounds for both South and North Alberta Colleges Athletic Conference (ACAC).

Macyn Morning Bull began playing college basketball for the Olds Broncos, after having spent two seasons with the Sait Trojans.

“At this point in my life I can’t imagine not being a student-athlete basketball keeps me busy every day,” Morning Bull said.

When Morning Bull first started with the team she was told she was going to be in the top eight rotation, and if she wanted to be a starter she would have to work for it.

That’s exactly what Morning Bull did.

“I ran all the time from May to August, I did stairs, I did obstacle courses, I joined two leagues and 3-5 times a week I was shooting on a shooting machine,” she said.

Since the start of this season, Morning Bull has been on the starting lineup.

The team now ranks sixth in the country and according to Morning Bull each game they have gotten better as a team. Getting more playing time has helped Morning Bull reach a milestone she has set for herself.

“I always wanted to lead the league in rebounds and this first half of this season has been a big step towards that goal,” she said.

Olds College Bronco’s wrapped up their last game of the semester on Nov. 25 against SAIT Trojans, earning

Morning Bull currently sits third in both offensive and defensive Rebounds and fourth in steals.

The team starts the second half of their season on Jan 5. at Ambrose University.