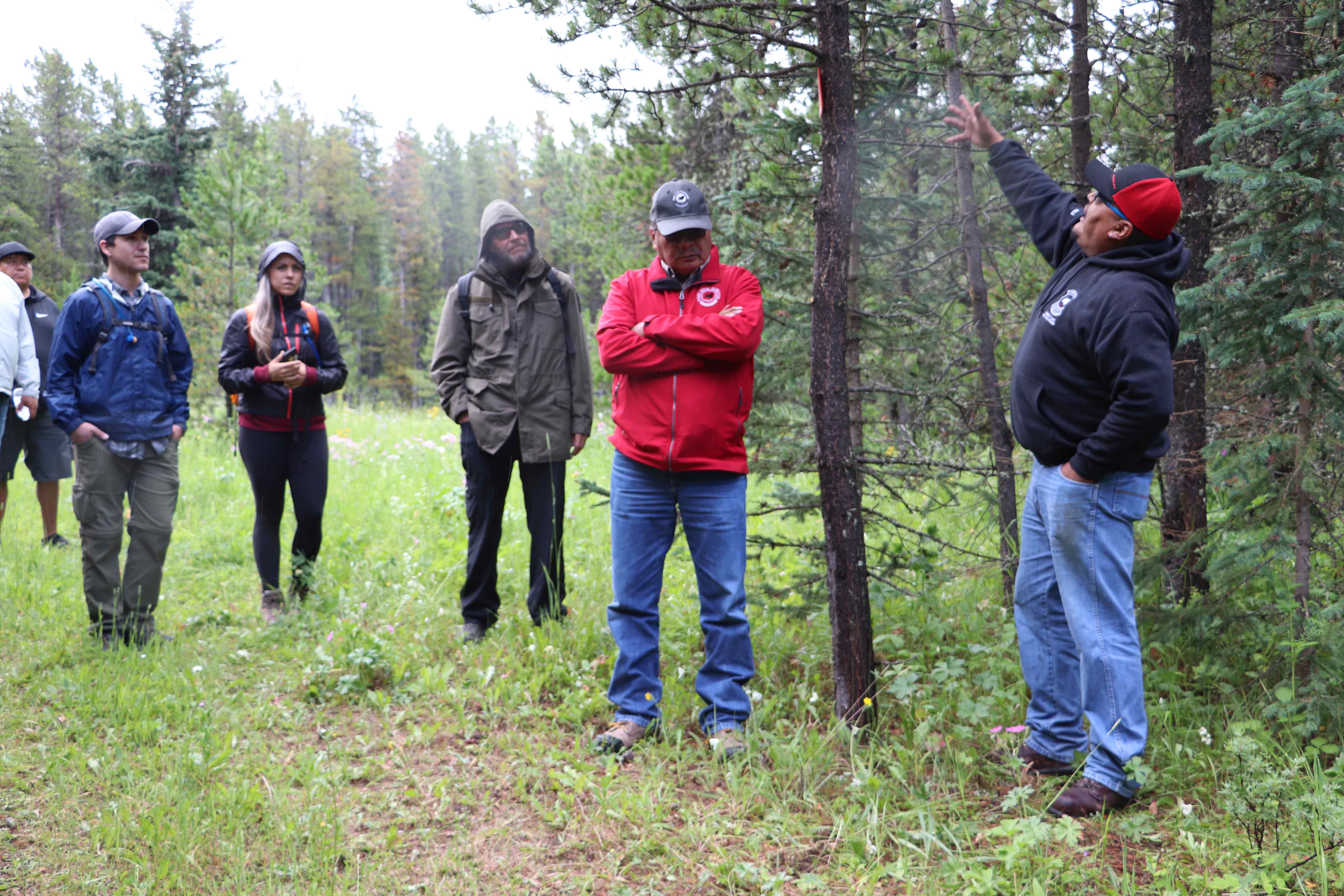 Kyle Plain Eagle and Wes Crow Shoe demonstrate to Alberta Parks on how to look for tipi poles. Photo by Tawnya Plain Eagle

This is an ongoing partnership with Alberta Parks after many nation members were allegedly charged for harvesting plants in the area.

Throughout the week, staff from TKS lead culture walks into the mountains to point out different plants that Piikani members harvest.

“But also show off the data base we use for data collection that shows us where historical sites are located,” Provost said.

The partnership with Alberta Parks began in 2018 with two phases. The first phase haven taking places this past January. According to Shalane Friesen, head of visitor services for the Castle Provincial Parks, the first phase was spent introducing the staff to key concepts that are important to the Blackfoot people such as ceremonies and food.

Phase two of this partnership was learning from the land itself.

“By bringing the participants to the land this week, we were able to show them the plants, connect them to the culture and the people and to really demonstrate how for thousands of years Piikani has been here,” Friesen said.

Provost said the main objective is to show the staff at Alberta Parks how the Piikani people use these items in ceremonies and in everyday use.

“This is one of the programs we offer at TKS and consultation and try to make it easier for our community members to come back and reconnect to our territory,” Provost said.

Having Alberta Parks management attended these sessions is instrumental to the relationship because it will affect how decisions will be made going forward.

Friesen said that is the biggest objective for the third phase is to maintain these relationships so that if there are any permitting decisions being made Piikani will be at the table as well. 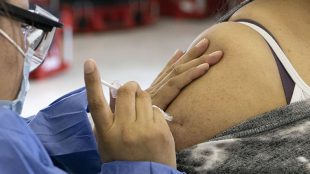